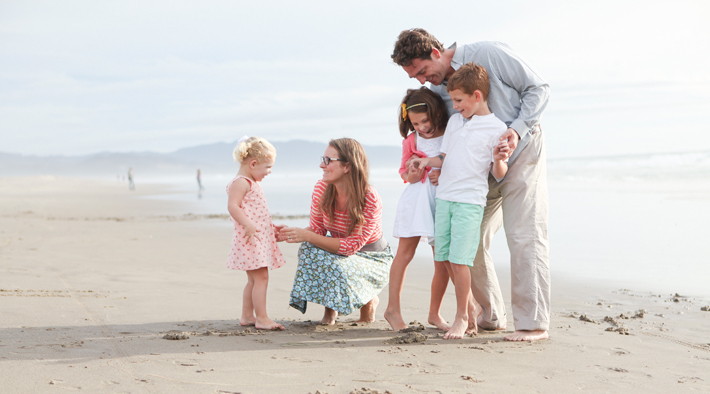 Dr. Scott grew up in sunny Southern California as one of two boys in a sea of six sisters. At Brigham Young University, he fell in love with medicine (majoring in exercise physiology) as well as his future wife, Jen. After their marriage, the Scotts moved to Northern California so Dr. Scott could attend the California School of Podiatric Medicine before joining an intense three-year residency in Southern California at the Fountain Valley Regional Medical center, where he learned and worked with some of the best foot and ankle surgeons in Orange County.

His Oregon story began in 2011, after moving here to join a wonderful practice, which they would ultimately purchase after the previous physician retired.

“Having my toes hang off a surfboard while surfing, clipping my feet into snowboard bindings, squeezing into wakeboard booties, or my feet pushing off the asphalt to move my skateboard are all things that keep me active and happy,” says Dr. Scott, who understands how our feet connect us to the world. “Think about the significance of a baby’s first step, the man walking on the moon, running that race you have always dreamed of, or being the grandma you have always wanted to be, but have been limited by foot pain. No matter how small or huge the experiences our feet will have, it is not worth it to do it in pain. Live your life.”

Now, after three kids (including one set of twins), Dr. Scott and Jen are firmly settled in Oregon and at Coastline Foot and Ankle. Helping patients and hearing their stories—that’s the best part of his job. 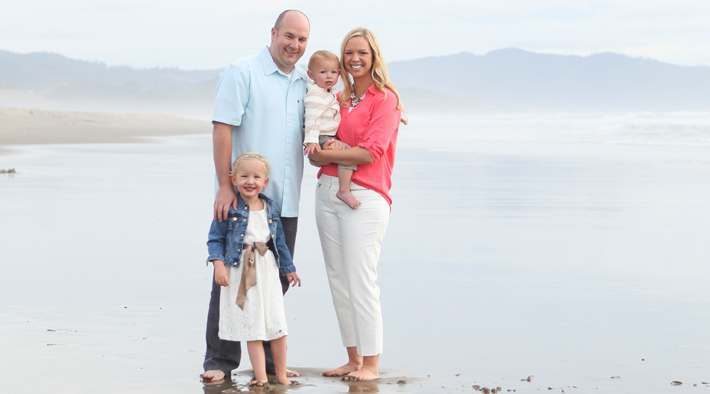 Born and raised in southern Oregon, Dr. Berg graduated from the “Home of the Caveman,” Grants Pass High school. After high school, he completed his undergraduate studies at Brigham Young University-Idaho, where he met his wife, Adrienne. They traveled to Chicago, Illinois so Dr. Berg could earn his podiatric medical degree, which was followed by a rigorous three-year surgical training in Federal Way, Washington with some of the best physicians and surgeons in the Northwest.

Dr. Berg joined Coastline Foot and Ankle in July of 2014, and was struck by how exciting Salem is as he looks forward to raising his two children here. He works hard to make his patients feel as comfortable as possible, to listen and communicate, and to keep people as active as they want to be. Offering both conservative and surgical treatments for foot and ankle pains is very rewarding for Dr. Berg, who loves to hear “I am so glad to know that I don’t have to live with foot pain, and I wish I would have come in to the office sooner.”

Living in the Midwest has helped Dr. Berg realize how lucky Oregonians are to have mountains, rivers, and the coast in such close proximity. He loves salmon fishing and University of Oregon football games, with a life goal of attending a major league baseball game at every stadium.

Kelly McConnell is originally from Strongsville, Ohio where she grew up with one younger brother. Following high school, she was recruited to play division one soccer and went on to complete her undergraduate studies with a major in Biology at St. John’s University in New York. During her final year at St. John’s, she was awarded the prestigious Academic All American honor. Her time as a female athlete combined with her passion for the sciences and desire to make a difference, led her to pursue a career in medicine.

Dr. McConnell went on to receive her medical degree at Scholl College/Rosalind Franklin University in North Chicago, Illinois, where she met her wonderful future husband, Steve. She went on to complete 3 years of advanced residency training in podiatric medicine and surgery at Genesys Regional Medical Center in Grand Blanc, Michigan. Following residency, Dr. McConnell worked and trained under orthopedic fellowship trained foot and ankle surgeon, Dr. James Cottom in Sarasota, Florida. She is currently board qualified in foot, rearfoot and ankle reconstructive surgery.

Dr. McConnell’s approach to patient care ensures that her patients have a full understanding of his/her condition and the various evidence based treatment options available. Through a genuine desire to serve others, she is able to diagnose and successfully treat her patients, getting them back to their healthy lifestyle.

Dr. McConnell was drawn to the Pacific Northwest for a number of reasons but most notably the natural beauty that Oregon offers. Growing up in the Midwest, she is continually in awe of the hills, buttes, mountains and towering trees. While not in the office or the operating room, she enjoys trail running and hiking, mountain biking with her husband, sampling new restaurants, drinking cold brew coffee and exploring the town with her English bulldog, Zeke.